Our reading road trip has ventured to all four corners of the United States, featuring reading selections and travel experiences from each region of the country.

You can explore this blog series in its entirety here, and use this list for reference as you read through all fifty states.

Delaware: The Book of Unknown Americans by Cristina Henríquez

Georgia: Gone with the Wind by Margaret Mitchell

Indiana: The Fault in Our Stars by John Green

Kansas: the novels of Gillian Flynn

Louisiana: Interview with the Vampire by Anne Rice

Massachusetts: Practical Magic by Alice Hoffman (we also featured a spotlight on Nantucket with the novels of Elin Hilderbrand)

Michigan: The Dollmaker by Harriet Arnow

Mississippi: We are all Welcome Here by Elizabeth Berg

Missouri: the novels of Gillian Flynn

New Jersey: One for the Money by Janet Evanovich

North Carolina: Where the Crawdads Sing by Delia Owens

North Dakota: The Round House by Louise Erdrich

Oklahoma: The Grapes of Wrath by John Steinbeck

South Dakota: By the Shores of Silver Lake by Laura Ingalls Wilder (book 6-book 9 of the series take place in South Dakota)

Tennessee: The Firm by John Grisham

Texas: No Country for Old Men by Cormac McCarthy

Wisconsin: The Art of Fielding by Chad Harbach

Business Insider: Most Famous Books from Every State

Best Products: Popular Books That Take Place in Each State 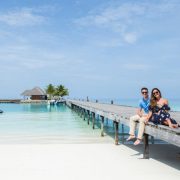