Summer travel season will soon be upon us, and many people will be heading to their favorite beaches. If your perfect day in the sun includes a stack of new books to read, here are a few recommendations to pack in your tote bag for lounging at the beach or by the pool.

People We Meet on Vacation by Emily Henry (available now)

Although opposites in many ways, Alex and Poppy become the best of friends following a shared car ride home from college. Despite moving away from one another after graduation, they meet each year for a week-long vacation together. After a falling-out drives a wedge between them, Poppy eventually convinces Alex to spend one last vacation together to save their relationship.

It’s 1925 and in Chicago, jazz is king. Honoree Dalcour is trying to dance her way to the top at the Dreamland Café, the hottest club in town. Nearly 100 years later, past and present intertwine when film student Sawyer Hayes interviews Honoree on her deathbed to hear her story and finish his thesis.

Charlie is anxious and grieving the death of her best friend who was the third victim of a murderer stalking their college campus. Wanting to get away, she accepts a ride from the school’s ride-share board with Josh, who claims to be leaving to care for his sick father. During the drive, she begins to suspect Josh might be the Campus Killer and the night becomes a fight for her life.

Anthony Bourdain transports readers to some of his favorite destinations around the world in this frank, but fun book of his personal travel stories and essays written by those who knew him best.

When a gay former sitcom star Patrick O’Hara takes on the role of caregiver to his niece and nephew following a family tragedy, he finds himself in over his head with parenting two young children. He begins to regret his new role until he rediscovers the importance of family, love, and healing together.

August moves to New York City, waiting tables in a diner and trudging through her days. When she spots Jane, a punk-rock vision in leather, her subway crush becomes the highlight of her commute. When August discovers that Jane is displaced from the 1970s and cannot leave the subway, August’s past and present collide as she tries to help her.

Reena Manji’s life is dominated by sourdough starters and a family that constantly interferes. When her father moves his new employee, Nadim, into an apartment across the hall from Reena (with hopes they will marry) the two bond over her freshly-baked bread. Faking an engagement to enter a couples baking competition, Nadim and Reena become closer as Nadim’s secrets bubble to the surface.

Want even more books for your beach bag? Here are a few lists to check out:

Today: 6 Books You Need to Add to Your Summer Reading List, According to Authors 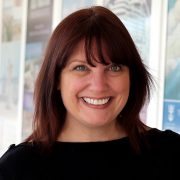